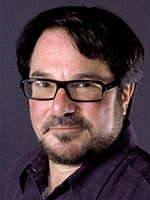 Alan Ett is CEO of AECG, LLC a community of companies founded in 1991 which has been focused on the establishment of strong relationships in the production, broadcast and creative communities as a provider of a wide range of services, products and opportunities.

From 1976-1978 Mr. Ett was on the faculty of The Berklee College of Music in Boston, Mass. In 1979, he went to Europe to perform a three week international jazz concert tour that resulted in a stay of three years and encompassed 12 countries and teaching assignments throughout Western Europe.  During this stay in Europe he became highly influenced by, and performed with, avant garde theater throughout Germany, Austria and France.

Upon his arrival in Los Angeles in 1984, Mr. Ett became involved in the computer industry working on the original version of the production budgeting program “Movie Magic” and consulting with Roland Corporation in the development of the first MIDI software, the MPS or Music Processing System. He also worked with Alias Research and Robert Abel companies, among others, on the first computer generated graphics for animation. At this time he was involved in theater production at the renowned Victory Theater, which became his introduction to the Los Angeles production community.

Mr. Ett then became focused on producing music for the television industry when he received his first assignments composing and producing music for Columbia Pictures Television sitcoms “Who’s the Boss”, “227” and “Married…with Children”. Since then he has created musical scores for thousands of hours of television, videos, film, CD Roms and DVD’s.

In 1998 Mr. Ett founded the television production company CPG, which produced reality programming for The History Channel and Discovery. CPG was also the company responsible for the documentary “Conspiracy of Kindness” bringing to light the amazing story of the life of Chiune Sugihara, the Japanese ambassador to Lithuania at the onset of WWII who saved thousands of Jews from the Nazi death machine. The movie has won every major film festival it has entered including the Hollywood Film festival and was the recipient of the prestigious Pare Lorentz award from the IDA.

Upon meeting Jonathan Axelrod in 2009 they formed the TV production company Axelrod-Ett and produced 25 made-for-TV movies. They created the Garage Sale Mysteries TV movie franchise, starring Lori Loughlin, for Hallmark Channel which inspired the launch of the Hallmark Movies & Mysteries channel. It is the network’s longest-running franchise. Among the vehicle’s other achievements is the TV movie franchise “Darrow & Darrow” starring Kimberly Williams-Paisley, Tom Cavanagh, and Wendi Malick which was also developed for Hallmark Movies & Mysteries.

In 2018, Alan formed Emerald Bay Entertainment with former Disney executive, Bruce Hendricks. Emerald Bay Entertainment has a wide variety of projects in development in a variety of media and formats as they strive to optimize the opportunities presented by the ever-changing media landscape while remaining true to the core mission of great story telling with great story tellers. Through their Emerald Bay production vehicle, Alan and Bruce have produced the hit made-for-television films Homegrown Christmas, Christmas at Grand Valley, and Christmas at Dollywood.

Mr. Ett completed his BA in psychology at the University of North Carolina, Chapel Hill; undergraduate studies in music at University of Miami, Fla. and the Masters of Music degree  from the New England Conservatory of Music in Boston, Mass. He has been on the faculty of many different institutions worldwide teaching on every grade level from kindergarten to graduate school and remains committed to the evolution of our culture and our children.

Bruce Hendricks has been associated with some of the most prestigious, top-grossing films in motion picture history throughout his 30+ years career as a filmmaker. He holds a unique position in the entertainment industry, having worked as both a studio executive, a screenwriter and as a producer and director.

Mr. Hendricks previously served as co-founder and President of Production for Dick Cook Studios. In this capacity he oversaw all physical production for the company.

Prior to Dick Cook Studios, Mr. Hendricks was President of Physical Production for Walt Disney Studios from 1993 to 2011. Mr. Hendricks oversaw all aspects of live action feature film production at the company. In this capacity, he supervised the making of over 250 motion pictures and filmed in more than 30 countries. Among these films are the blockbusters “The Sixth Sense”, “Armageddon”, “The Rock”, and “Alice in Wonderland ” to name a few.

During his time at Disney Mr. Hendricks also served as Executive Producer on several of the company’s tentpole feature films. Among the titles are the first three “Pirates of the Caribbean” films and the WWII epic “Pearl Harbor”.

An expert in technology and new media, Mr. Hendricks oversaw Disney’s acquisition of the Oscar winning VFX company, Dream Quest Images, as well as the company’s adoption of digital 3D photography. He continues to lecture and consults worldwide on technology, VR/AR and new media.

Mr. Hendricks is a member of the Academy of Motion Picture Arts & Sciences, The Producers Guild, The Directors Guild of America and BAFTA. He received an Emmy Award for his work on the ABC telefilm “The Wave”.

Mr. Hendricks is the author of numerous screenplays and was recognized by the Motion Picture Academy as a semi-finalist for the prestigious 2013 Nichols Fellowship Award.

A native of Dallas, Texas, Mr. Hendricks holds a Bachelor of Science degree in Film Production from The University of Texas. He received the University’s Distinguished Alumni Award in 2007.